Men and women approach finance differently. For all the progress that we have made, women are still uncomfortable talking about money. Although we often have candid discussions with friends about a variety of personal topics, finance is not one of them. A lack of confidence may be to blame or social conditioning. In a recent survey by UBS, only 20% of couples indicated that husbands and wives are equally involved in financial decision making with men taking the primary role 70% of the time. The irony is that 80% of women will be solely responsible for their financial well-being at some point in their lives – through widowhood, divorce, or remaining single.

Taking responsibility for one’s financial life is critically important for women because in many ways we are at a disadvantage to men. The gender pay gap still exists; in 2020 women earned 82% of the average male income and this gap is even wider for women of color*. Women often bear the burden of family care as well, dropping out of the workforce for periods of time to raise children or take care of aging parents. The average woman spends 44% of her adult life unemployed vs men who only spend 28% of their time out of the workforce. This has a direct impact on their aggregate lifetime earnings (on average $1,000,000 more for men!) and their retirement Social Security payments. Social Security payments for women are $4000/year less than those for men on average. Finally, women live an average of 5 years longer than men in the US – making funding this longevity even more difficult.

In a recent survey by Bank of America Merrill Lynch, women stated that their biggest regret was not investing more. Although women tend to save more than men, they are generally more risk-averse and do not invest in securities (such as stocks) that will enable them to grow their wealth. The same survey also reported that women regretted their career selection. Careers such as childcare workers, administrative assistants, hairdressers, teachers, dental assistants are dominated by women but often do not pay as well as male-dominated careers (think of software developers, construction workers, financial analysts, and engineers). Women also expressed regret in taking on too much credit card debt and living above their means. 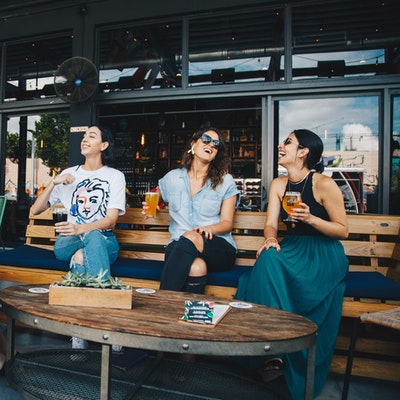 How do we change this paradigm?

Education is key. Take a class in finance or economics at your local college. Read the Wall Street Journal. Look for accessible articles and podcasts on websites such as www.clevergirlfinance.com. Advocate for yourself with your employer and consider a career change if necessary. Talk to your spouse about the household finances and discuss your investments together. Encourage your daughters to ask questions and talk about money. Find a CERTIFIED FINANCIAL PLANNER™ with whom you feel comfortable and can ask questions. The time to make a change is now.

*US Bureau of Labor