Posted at 15:41h in Investment Advisor Hilton Head by jsokolowski

The behavioral economist Dan Ariely has written extensively on the power of free things. “In many past experiments we have shown that people are often overly excited about things that are free  (see Predictably Irrational).”  He wrote a blog in 2010 where he discusses an event offering free tattoos. “When we asked the people in line for the free tattoos if they would get the tattoo if it were not free, 68% said they would not. They were only getting it because it was free.” He goes on to say: “The results indicate that the power of “free” is surprisingly influential.  When we face a decision about a tattoo, one would hope that the long-term permanency of the decision, coupled with the risks of getting different types of infections would cause people to pay [a] little attention to price, and certainly not to be swayed one way or another by the power of free.  But sadly, the reality (at [least] in the nightclub scene in New York) suggests that the power of free can get us to make many foolish decisions.”

Robinhood, the financial services company most well known for offering commission-free trading, has been in the news quite a lot recently- most notably for their kerfuffle with regulators following the launch of their “checking and savings” accounts. The company, formed in Silicon Valley with its “steal from the rich and give to the poor” moniker has an anti-Wall Street vibe. The platform has become popular with millennials in the past few years as they have gravitated towards the company’s easy to use smartphone app and the “free” cost. The company does not shy away from the “free” verbiage- to the contrary, the first words you’ll see on the site are “Invest for Free.” The company’s latest financing round pegged the value of the franchise at $5.6 billion. The skeptic in me asked “How can a company be valued at $5.6 billion when it charges nothing for its primary service?”

Bloomberg reported in October that Robinhood was getting almost half its revenue by selling its order flow to high-frequency trading firms. The selling of order flow involves the brokerage (Robinhood in this case) directing the transaction to a “market maker” who executes the trade and delivers the shares. According to Bloomberg, market makers earn “often 1 cent or less per share” when they make the trade and in exchange for the right to execute the trade, the market maker pays the brokerage. This practice is not uncommon in the brokerage industry, but there are notable firms such as Vanguard and Interactive Brokers who do not sell order flow. 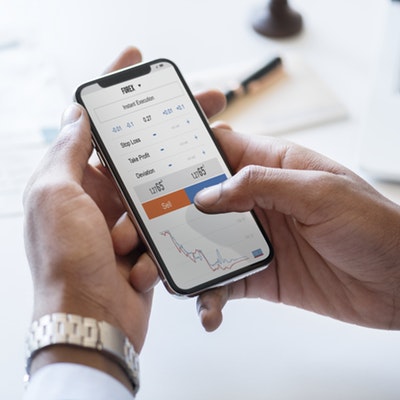 The sale of order flow is not all that controversial in and of itself- many firms sell order flow for a variety of good reasons. The main critique of this practice is that it has the potential to create a conflict of interest between the brokerage and the client. The fear would be that the brokerage would be incentivized to route customer orders to the market maker offering the highest payment rather than the market maker offering the lowest price on the stock the client wants.

Whatever your thoughts might be on the practice of selling order flow, the amount of money Robinhood is earning, and the way they are reporting it has raised some eyebrows. There is a good article on Seeking Alpha that digs into some of the details. The author found that Robinhood “… appear[s] to be selling their customers’ orders for over ten times as much as other brokers who engage in the practice.” Furthermore, “there is a material difference in the disclosures between what Robinhood and other discount brokers are showing that suggests that something is going on behind the scenes that we don’t understand at Robinhood.” He goes on to add: “Every other discount broker reports their payments from HFT “per share”, but Robinhood reports “per dollar.” This makes comparing Robinhood’s income to other firms very difficult.

I do not want to make it seem like Robinhood is out to get their clients or that the platform doesn’t have its place- it does. The platform has certainly been helpful for younger investors interested in investing to get started. This is hugely important and we need more companies out there who can inspire people to start investing. However, I think Robinhood could do a better job explaining how they make money, report these amounts in a manner consistent with the rest of the industry, and make it clear to clients that the service is offered for free in exchange for the right to sell the order to the market makers. 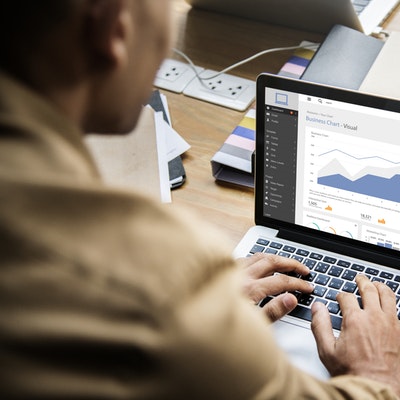 AQR Capital Management published a paper in December entitled “The Illusion of Active Fixed Income Alpha.” The paper sought to investigate the veracity of the belief held by many that bond fund managers can consistently maintain outperformance through active management. This belief is rooted in the fact that “active [fixed income] managers have tended to deliver returns in excess of their benchmarks over the past 20 years.” Essentially the theory was these managers had found a “trick” to earning higher returns without taking more risk.

AQR found that what appeared to be outperformance relative to the market (alpha) was a result not of high performing fund managers, but of managers taking more risk (beta) than their benchmark would suggest. That is- investors thought they were buying a fund with a certain risk level, but got a fund that was riskier. Higher returns are not “free;” you have to take more risk.

Seasonality and Other Market Anomalies

Nick Maggiulli wrote a great blog recently called “When Things Stop Working.” Among other findings, he wrote about the “January effect”- a trend observed in the 1940’s that seemed to show stocks performing better in January than other months. Investors took note- they started to exploit this pattern to the point where it no longer worked. Maggiulli writes: “…from the month of its publication through the next 15 years, the January Effect disappeared… the difference in [the distributions of returns between January and other months] was not statistically significant.” Investors looking for a free ride (more return for the same risk) got exactly what they paid for.

Wes Gray has done some great work where he looked into 447 market anomalies- finding no statistical significance in 286 of them and a smaller magnitude than commonly thought in 161 of them. He summarizes the findings: “Long story short, there doesn’t seem to be many “anomaly” strategies that can’t be explained by known factors. As some market commentators say, “alpha is really a beta waiting to be discovered.” Does that mean we should all buy S&P 500 Vanguard funds? No, it just means that whatever you are buying probably has some risk/reward trade-off that should be considered. However, “free/easy” money probably doesn’t exist.”

Examples abound across the internet of firms offering “free financial planning.” The phrase returns about 440,000 results in Google. I have demoed some of the services offering a free asset allocation recommendation and the results returned, especially by the more simplistic robo-advisors, usually left me scratching my head. That’s not to say they were terrible, but I could definitely see areas for improvement and I questioned whether they were really in my best interest. Furthermore, there are many human advisors or insurance agents who offer free financial plans. Again- ask yourself how they are making money if the service they offer is free. The answer usually lies in the products recommended to execute the plan. These products can be mutual funds from which the advisor receives a trailer or annuities for which the agent earns a commission. I’m not suggesting all these arrangements lead to bad outcomes, or that all those offering services give poor advice. I’m simply asking- in this type of transaction- do you understand why the service is free? 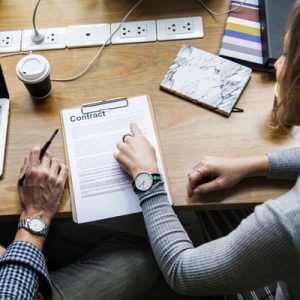 Humans are psychologically hardwired to respond to “free” in irrational ways, but the bottom line is that the free lunch is just an illusion. You can pick a bond fund that shows a history of outperformance, but you may end up taking more risk than you thought. You can try to exploit market inefficiencies, but odds are many others will try the same strategy at the same time- rendering it ineffective. When it comes to services- you usually get what you pay for. A free trading platform (or social media platform for that matter) isn’t really free- you are allowing them to sell something in exchange for that service. I think we can all do a better job understanding the behavioral and psychological effects associated with “free” and respond with a healthy dose of skepticism and due diligence.