31 Mar Lessons from the Past

History repeats itself.  Who would think that 100 years after the Spanish Flu (1918-1920) we would be faced with a pandemic that virtually shut down our country and large parts of the world?  In addition to the terrible human toll that the coronavirus has taken, there is a continuing economic toll.  Although some people and industries have thrived in the past year, for many people the hardships faced are reminiscent of the Great Depression (1929-1939) when over 25% of the country was out of work.  Last year, US unemployment rates peaked at 14.7% in April 2020 and although they have improved to 6.2% as of March 2021 there are still many workers that are not yet back to full employment and pockets of the economy that are really hurting.

I was struck by the lessons that our grandparents and great grandparents learned from living through similar difficult times during the Spanish Flu and Great Depression and how these lessons are relevant for today.

Neither a borrower, nor a lender be.   Debt was a four-letter word when coming out of the Depression.  When the crash of 1929 occurred, those who had been buying on margin defaulted on their debt and the defaults triggered bank runs and bank failures.  The liquidation of debt caused prices of assets to fall resulting in a deflationary spiral that was devastating.  Now, as then, those who had extensive debt were most at risk in the downturn.  The lesson learned: limit your debt and don’t overextend yourself.

Go West, young man.  Okay, this phrase wasn’t coined during the depression, but it might have been.  Horace Greeley wrote it in the NY Daily Tribune back in 1865.  In the Great Depression, approximately 2 million people (or 1.6% of the population) relocated to find jobs.  That would be the equivalent of over 5 million people moving today.  If jobs have disappeared in your industry or region, you may need to move to where opportunities are more plentiful.  In our time, this might be a virtual move to an industry that is thriving or a physical move to an area that has a lower cost of living and better opportunities for employment. The lesson learned: think outside the box. 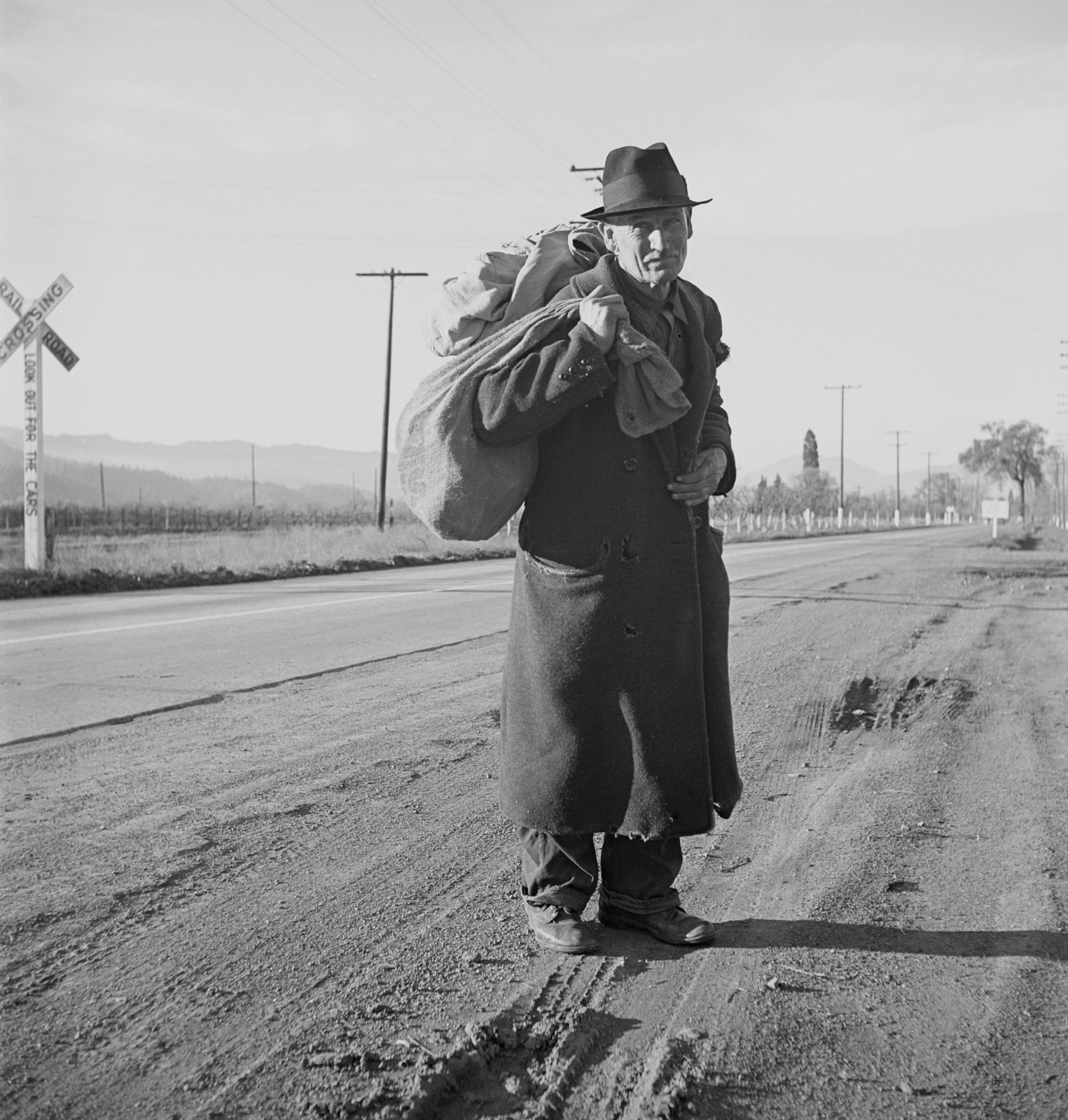 Cash is king.  Simply put, one of the lessons from the Depression was to save for emergencies and have sufficient liquidity.  Although no one could have predicted the COVID-19 outbreak, a wise person knows that unforeseen events do happen with some regularity.  Therefore, to protect against the unknown, we need to save for emergencies. Furthermore, cash reserves give you the ability to make purchases when great opportunities arise.  The lesson learned: we do not have a crystal ball, but everyone needs savings.

Reduce, Reuse, Recycle.  We have a lot to learn from Depression-era survivors about the 3-R’s.  If you were raised by parents such as these you probably already know that you never throw anything away; boxes, plastic containers, rubber bands, broken appliances, and wrapping paper were always kept in our house “in case” we needed them.  This was not followed so much out of environmental concern as economic need.  Appliances were fixed and clothing was repurposed.  During the retail shut down of 2020, we became more discerning about purchases and perhaps learned something about needs vs wants.  The lesson learned: save money and save the planet.

It was the best of times, it was the worst of times.  The worst of times can bring out the best in people and certainly stimulates creativity.  Our grandparents practically invented do-it-yourself, by sheer economic necessity.  Now this even easier, by using YouTube videos to fix everything from plumbing to furniture repairs. During this most recent economic downturn people have turned to highly creative ways to transform their businesses and personal lives.  Think zoom meetings and facetime cocktail hours with friends.  The lesson learned: be creative and adapt.

The only thing we have to fear is fear itself.  Most will remember this famous FDR quote from his inaugural address of 1933.  The country was in the deep depths of despair, not unlike the way that many Americans felt during the pandemic and economic difficulties of 2020. “This great Nation will endure as it has endured, will revive, and will prosper.”  This message is a call to strength and optimism.  As valid as it was during the Great Depression, so too is this timely now.  The lesson learned: we need to boldly face our fears, act, and move forward.