27 Jul Could You Be Holding Too Much Cash?

Posted at 17:49h in Investment Advisor Hilton Head by jsokolowski

Severe market moves tend to leave an imprint on our minds. The two most recent examples are the great recession and the 2020 bear market resulting from the COVID-19 pandemic. These two events are similar in that they featured very steep sell-offs, but they differ in the length of time it took the market to recover. The great recession featured a very protracted recovery whereas the Spring 2020 market recovery was steep and swift.

It’s hard to believe, but 2019 saw the 10-year anniversary of the start of the great recession and there’s no doubt it was historic in nature. The high-water mark for the stock market saw the S&P 500 peak at 1565 on October 9th 2007 and we didn’t see the low until March 5th 2009. The S&P had fallen to 683 representing an historic 56.4% drop- a fall not seen since the great depression. In fact, the S&P wouldn’t reach the 2007 high again until March of 2013. As bad as the impact of the recession on the stock market was, the economic realities of the recession had to be dealt with by people every day.

The psychological effects of a severe market downturn or sustained bull run can be difficult to manage for even the most skilled and experienced investors. In fact, the most well-known and greatest investors of all time can often cite multiple examples of a lapse in discipline or a time when emotions got the best of them. Warren Buffet credits his acquisition of Dexter Shoes as the worst investing decision he ever made. The reason- he was overconfident in his assessment of Dexter’s competitive advantages.

The psychological effects of a severe market downturn or sustained bull run can be difficult to manage for even the most skilled and experienced investors. In fact, the most well-known and greatest investors of all time can often cite multiple examples of a lapse in discipline or a time when emotions got the best of them. Warren Buffet credits his acquisition of Dexter Shoes as the worst investing decision he ever made. The reason- he was overconfident in his assessment of Dexter’s competitive advantages.

A market shock like the great recession tends to bring out some of our worst mental biases. Take, for example, an investor who sees the market has dropped substantially in the last few months. A recency bias could lead them to believe that what’s happened in the recent past is likely to continue happening in the future. This may cause the investor to “panic sell” at the low point in the market.

On the flip side, take the example of an investor who had watched the stock market run up with very low volatility all throughout 2017 who let the overconfidence bias get the best of her. All her research was indicating a strong economy, a strong stock market, and low volatility was going to continue out into the future. Her overconfidence bias led her to believe that she “knew” what was going to happen. The problem is that this also led her to buy equities at the top of the market. The S&P 500 peaked on January 26th, 2018, and fell close to 300 points (10%) in less than two weeks before slowly climbing back up. To top it off, her overconfident assumption that the low volatility environment would continue was proven wrong as well. 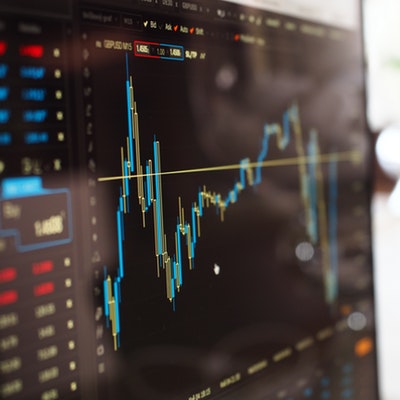 This brings us back to the topic of the psychological effects of market corrections and recessions. In many cases, experiencing a severe event like that can result in permanent behavior change. It’s not uncommon for investors to become unable to get the fear of a future market downturn out of their minds and continue to stay very cautious with their investment decisions despite improving fundamentals in the economy and the individual public companies that comprise the stock market. To put it another way- these investors are dealing with recency bias. These downturns happened in the fairly recent past so investors expect another downturn in the near future.

One of the tell-tale symptoms of this change in behavior is hoarding cash. Often a “cash hoard” occurs slowly- you sell a car and instead of investing those funds, you just put it into a savings account. Over time, the behavior repeats itself and before you know it, you have substantially more cash in the bank than prudent. Even if an investor doesn’t change the asset allocation in his or her investment accounts, a cash hoard kept in a bank account can have the same return dampening effects as a major change in asset allocation. 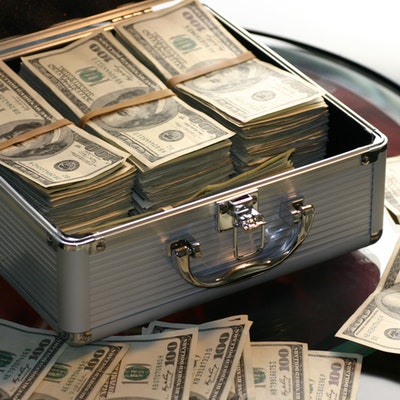 The effects of having held too much cash throughout the economic recovery from the great recession were surely severe. The S&P 500 finished the bull run from its 2009 low up about 400% in price and some 527% when you add in dividends. During the same period savings account yields were at or near zero almost the entire time. But the potential negatives of holding too much cash go beyond the opportunity costs of the lost market returns. For one- deposits at banks typically only carry FDIC insurance on up to $250,000 per depositor. That’s right- in the unlikely event that your bank collapses and you had over $250,000 in deposits, it’s possible you will not get back the excess. However, if you were to hold US Treasuries instead, your money is backed by “the full faith and credit of the United States,” effectively giving you the same government guarantee that FDIC insurance provides while earning a higher yield. The most important aspect to consider is purchasing power. For years, the interest banks have been paying on deposits has been far lower than the level of inflation. Every year cash sits in a savings account, the value is being slowly but persistently eroded by inflation.

This is not to say that there aren’t benefits of holding cash. The first recommendation we make to all our clients is to ensure they have an adequate emergency fund- 3 to 6 months of expenses in cash available in an emergency. For clients planning on making a substantial purchase in the next couple of years, we may recommend setting aside cash for that specific goal. Furthermore, we will often hold 3-6% cash in investment accounts- mitigating some risk and keeping some “dry powder” for opportunistic buying. The distinction in these examples is that the level of cash on hand is a result of planning that is not motivated by emotion or cognitive bias.

One of the most important steps we take in onboarding new clients is a risk tolerance assessment. The purpose of this assessment is to try to predict how each individual client is equipped to handle risk. The true risk a client is exposed to is not so much the potential downside in a bear market, but the ensuing behavior that can occur as an emotional response to that downturn. Our goal when assessing risk tolerance is to match each client with a portfolio that allows the client to stay invested regardless of the market condition. For some clients this means being 100% invested in stocks and for some it may mean 20% in stocks and 80% in bonds. The “right answer” here is the portfolio that is most likely to help the client avoid the impulse to sell in a panic or buy in a bubble. 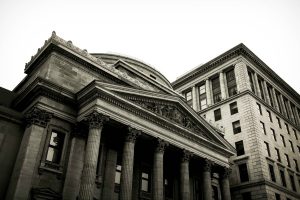 To be sure, it is impossible to eliminate emotion and cognitive bias from financial decisions and investing behavior. Our money is attached to almost all decisions we make, and sometimes we make decisions subconsciously or simply out of habit. What’s important is to recognize when emotion or bias is affecting a decision and take steps to ensure our decision making gets back on the path of rationality. We believe the greatest value we provide is helping clients remain rational and stay invested in the face of volatile markets and times when emotions run high. When volatility strikes we look to the plans we made in a rational state of mind and use those plans as a guide to navigate uncertainty.